ALL HAIL THE GIRL KING.

Your greatest enemy is closer than you think.

Princess Lu is destined to become the first female emperor. Her sister Min is resigned to a life in her shadow. When their father declares their male cousin heir instead, his betrayal changes everything.

Determined to reclaim her birthright, Lu goes on the run. Her path crosses with Nokhai, the last surviving wolf shapeshifter. Forced into an uneasy alliance, they’re going to need an army to take back the throne.

Back in court, Min discovers her hidden power. It’s a forbidden, deadly magic that could allow Min to claim the throne for herself.

But there can only be one emperor, and the sisters’ greatest enemy could turn out to be each other . . .

‘I expect this to be one of the most talked-about books of 2019’ Samantha Shannon, #1 bestselling author of The Priory of the Orange Tree

Be the first to review “The Girl King” Cancel reply 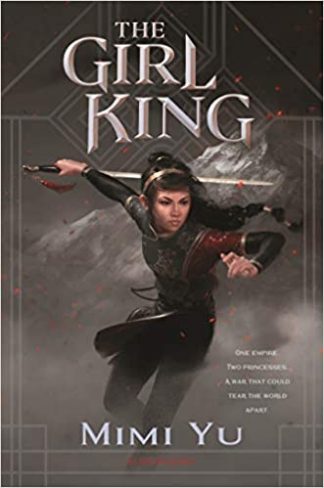