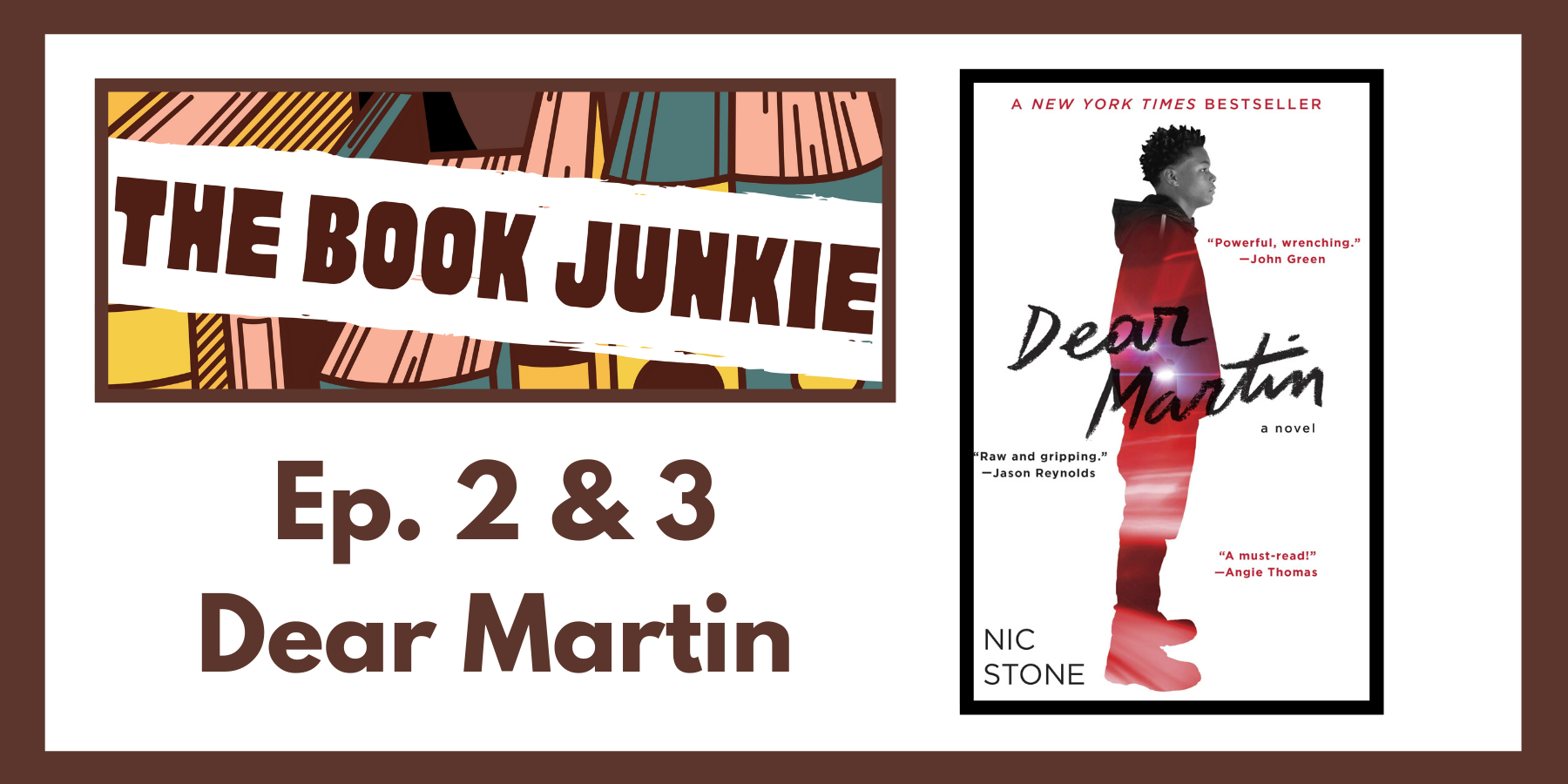 Dear Martin by Nic Stone gives a vivid glance into the mind of a teenager who is the victim of police brutality.  Justyce McAllister is a senior who lives in Atlanta and is trying to understand why there is so much senseless violence against his people.  As an African-American boy, Justyce encounters some situations that leave him questioning his position in society.

In this episode, I convince my friend Christian to read the book by discussing some topics such as;

Books that confront issues like these, are so important because they bring attention to the fact that young black men are being slaughtered all the time and the perpetrators get away with it because they hold a position of authority. Constantly looking over their shoulder and feeling scared outside, shouldn’t be a part of the daily routine for African-American boys in America. Justyce’s story demonstrates a good model because he found a way to cope with his internal issues by being peaceful and following Dr. Martin Luther King’s ideas.

Christian Townsell is 14 years old, a scholar who runs track, and one of the funniest people I know!  He aspires to major in business when he eventually leaves for college, and has some strong opinions about the treatment of minorities in America.  He stands up for the rights of Black Americans and despises racism. Christian was able to relate to Justyce so well because he could identify with his experiences. Being an African-American boy, he knows the struggle of going outside and being afraid of making the wrong move. In this episode, he shares his opinions on various subjects based on the book and was passionate about each one.

Topics Tackled in the Story

Dear Martin was written to confront police brutality through powerful literature. The statistics on this topic are disturbing, but not surprising. Sadly, the proportions of black men, to any other race, being killed by police, while unarmed are uneven. Read the facts down below for a closer look.

Listen to the Podcast Episode!